For those who like their online slots to be fast-paced, high risk and potentially high reward, high variance slots are the ultimate gambling hit. On this page you will find The Casino Heat list of the top 10 high variance games of all time, as well as a guide to slots variance and why it is so important to understand. If you are not familiar with this game format then we recommend you read up before diving in. These are some of the toughest games to crack – they offer huge jackpots driven by some wild and thrilling game features, but the payouts are infrequent and you’ll need to have a stacked account balance to ride out the dry periods!

For many, one of the greatest slots of all time is Play n Go’s Book of Dead. This Egyptian-themed game with its Indiana Jones-type lead character can be played with free spins from a few sites right now, including Voodoo Dreams and Temple Nile. There are 20 paylines and 5 reels on the slot and things get really exciting in the bonus round where 10 free spins are awarded. One symbol is chosen as a ‘special one’. When it lands it expands to full reel height and sticks, making it possible to fill the entire reel set with identical symbols. The top payout is 50,000x stake!

Another all-time classic slot is Microgaming’s Immortal Romance, a game with a vampire theme. There are 243 paylines in play at all times and four different bonus rounds to unlock. It is possible to drive massive wins by turning all reels FULLY wild. Look out as well for important multipliers that can help boost wins in the base game.

A totally original slot from Sweden’s Thunderkick. In Fruit Warp there are no reels or rows, just nine fruits thrown at you from behind the screen. Identical fruits score you wins, re-spins OR entry to the free spins round. Here your wins are always boosted by multipliers and there is a Warp Meter that determines the value of the multipliers. This one has the potential to pay out big if you can fill the meter before the round ends. You’ve never played a game like it, that’s for sure!

4. BOOK OF RA BY NOVOMATIC

Novomatic’s Book of Ra is another famous high variance game. It began life on the slots floors of Vegas casinos but transitioned into online successfully. It has a fairly standard 5 reel and 3 row set up, with just 9 paylines active at all time. Like Book of Dead the objective here is to hit the free spins round where one symbol becomes an expanding one for the duration. You’ll need to land three scatters to trigger this, and hope you get a high value special symbol that will help you get close to the top payout.

Another favourite of high risk slotters is the brilliant Casino Zepplin by Yggdrasil. The objective here is to land wilds that can stick during the free spins round to boost your payout potential. In fact, wilds are critical to your success in Zepplin. When the free spins round is triggered players benefit from extra wilds from the triggering spin being added to the reels for the bonus round. And landing five wilds in one spin in the free spins round also gets you an extra 5 spins to hit the top payout of 1,000x.

One of the brightest new slots developers right now is Nolimit City. Their Deadwood game is the follow-up to 2019’s Tombstone. It is a wild west slot and has a top payout of over 10,000x. There are 576 paylines in play at all times and an xNudge feature in which a stack of symbols nudges up or down until it fills all positions on the visible reel, increasing a multiplier by 1x with each nudge. There are also two free spins rounds and unlimited wild multipliers to look out for.

Australia’s Big Time Gaming have a formidable record in this area and are also partial to adding a classic rock soundtrack to their games. Lil Devil is based on an old 80’s goth track and comes with a massive 50,000x top payout. There are also some classic features including Wilds, Multiplier Wilds, Wild Stacks and Free Spins. Oh … and Enhanced Heartstopper Free Spins. Yes, when Big Time Gaming get to work, things are always done to the MAX!

8. DEAD OR ALIVE BY NETENT

The sequel to NetEnt’s Dead or Alive had to live up to a lot of hype, and thankfully it did things right. This is another brilliant wild west themed volatile slot from one of the best developers in the business. There is an unbeatable top payout of 100,000x available here, triggered by a mix of wilds and free spins, 9 paylines and a higher than average RTP of 96.8%. Some sequels disappoint but this one has shown itself to be even more exciting than the original. Unmissable!

300 Shields is most notable for its extraordinary 300x multiplier, as well as it’s phenomenal high variance. It’s really simple stuff – all you need to do is unlock the free spins round and then keep adding more spins and more mulitpliers to your cache by landing more Shield symbols. There are also Wilds to look out for which help boost your wins. Sometimes slots don’t need to be packed with features to be fun and this game proves that – it’s high risk heaven!

Our final entry is Push Gaming’s Fat Rabbit. This is a slot with a sense of humour, as well as serious volatility. The name of the game is to get that special rabbit symbol moving around the reels in the free spins round, chomping on carrots as he goes and growing to Colossal Size. He is the top paying symbol and can grow right up to a screen-filling 5×5 size, triggering the biggest prize of the game. 5 reels, 5 rows and 50 paylines of fun to be had here!

A GUIDE TO HIGH VARIANCE SLOTS

WHAT DOES SLOT VARIANCE MEAN?

Those with good mathematical brains might well be familiar with the term variance. It refers to how far from the average result a value will deviate.  In slots gambling, it refers to how far from the advertised Return to Player (RTP) a game will vary in its payouts. RTP is the amount of money paid out in prizes expressed as a percentage of the overall money wagered on a game over time. So for example, a game with a 95% RTP will on average pay out £95 in every £100 wagered over time. The important point here is that this is an AVERAGE value. That means, of course, that not everyone will get 95% of what they wager. Some players will get more, and some less.

And this is where variance comes in.

A high variance game will deviate far from the advertised RTP on a regular basis, creating periods of very low payouts with a very low RTP, followed by short bursts of very high payouts and a much higher than 100% RTP. In simple terms, this means that with high variance you can expect long spells of dry spins with very little return, and then a quick upturn with huge payouts. The thrill of hitting these periods of big payouts is what high variance slots fans live for, and they are what makes the games so much fun. The downside of course is that you can burn through your bankroll in no time playing these games, and it is this that makes them high risk.

Low variance slots create the opposite kind of experience. Without deviating much from the average RTP, a low variance game will pay out regularly, but in smaller amounts, so your bankroll and sessions will generally last longer. You can find out more in our Guide to Low Variance Slots.

WHAT IS SLOT VOLATILITY?

You might sometimes hear the term ‘slot volatility’. This has the same meaning as variance. A volatile game is one that will deliver wild switches in RTP, from low payouts to huge wins. And it’s impossible to predict when the swings will come!

WHY ARE HIGH VARIANCE GAMES SO POPULAR?

In the last decade high variance games have grown in popularity thanks to a group of highly creative game developers who have pushed this genre of game to new heights. This all began with Australian developer, Big Time Gaming, whose Megaways™ game engine turned a whole new generation of slots players onto the joys of high variance play. Megaways™ slots have an expanding reel set that typically means between two and seven rows of symbols are in play on each spin. With six reels, that means up to 117,649 paylines per spin. The game randomly picks how many rows per reel on every spin, so that the player is kept on their toes as the game’s maths model constantly updates. On top of this unique and revolutionary system, Big Time Gaming built slots with abnormally high variance and a series of features that could drive thrilling win sequences when they all triggered at the same time. The classic example of this is Bonanza Megaways™ where Cascading Wins, Free Spins and Progressive Multipliers all combine in spectacular fashion to deliver freak-ishly big wins on occasion. Of course, those occasions are rare, but you get the idea.

Since Bonanza, many new slots developers have been inspired by the possibilities of creating new and exciting ways to deliver high variance gameplay, and the slots in our list our testament to how far this genre has come. Here are other characteristics of these games that have made them so popular:

SHOULD YOU PLAY HIGH VARIANCE SLOTS?

Ok, so we know that high variance online slots are some of the most exciting games to play right now. But a lot is made of the high-risk levels of these games as well and they are not suited to every player. Here is a checklist to find out if you are ready for the test.

Those are some pointers for players considering dipping into the games on this page. We should end though by pointing out that these slots aren’t called high risk for nothing. They can be very tough, so make sure that you always play responsibly and within your budget. And above all, have fun!

If you enjoy high volatility slots then we recommend that you try these casinos which all have a huge choice of games.

When you’ve had your fill of our top 10 you might want to consider these as further options to keep you busy.

What is slot variance?

Slot variance refers to how far from the advertised Return to Player a game will vary over time. High variance slots will shift from long periods of very low RTP to short bursts of high RTP and high payouts. They are deemed to be high risk gambling because they are unpredictable. They have potential to pay big prizes by the odds are very long.

Which slot games have high variance?

Many slots have high variance. The best include Dead or Alive by NetEnt, Pink Elephants by Thunderkick and Bonanza by Big Time Gaming.

How can I tell if a slot is high variance?

Some slots will be listed as high variance in casinos, but not all are advertised this way. You can find out by using the list on this page and our game reviews, or you can play them to find out. Playing in demo mode will tell you the kind of experience you can expect. Typically a high variance game will pay out in short bursts with long periods of dry spells in between.

Which high variance slot has the highest payout?

If you want to try a slot with high variance AND high RTP a good one to play is NetEnt’s Dead or Alive 2 which has an RTP of 96.8%. 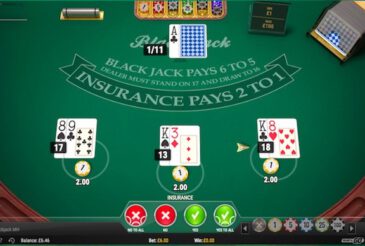 A Blackjack Guide And Simple Strategies 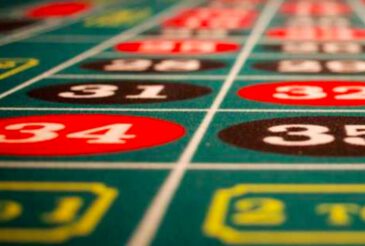 A Roulette Guide With Popular Strategies 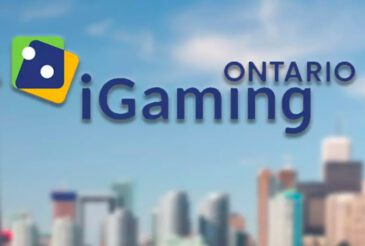