The Richest Gamblers of All Time

The Richest Gamblers of All Time

For most of us, a win at the slots or in a game of poker means a little extra spending money for the month. Or if we’re lucky (and good enough), then it might even be enough for a nice weekend away. But for some folks, a good day at the tables could be the difference between a Ferrari and a $1.4 million Bugatti in the driveway.

Yes, we’re talking about the highest of the high rollers. The gamblers that throw down bets that would pay off a mortgage and who win more money in a year than most of us could earn in a lifetime. These guys are definitely showing up at sites in our list of VIP Casinos!

Now, before we go any further, it’s worth noting that there are many other high rollers out there that fly under the radar and that we have no records for. But for those gamblers who take credit for their hard-earned winnings, the list below represents the richest of the rich.

Zeljko Ranogajec is known as ‘The Joker’ and is perhaps one of the most famous gamblers in the world.

Famous for playing blackjack and keno, and betting on sports such as horse racing, Ranogajec is a bit of a numbers genius. He studied Commerce and Law in his native Tasmania before moving his studies to New South Wales. While in Tasmania, he became a proficient card counter and started making good money at the casinos. 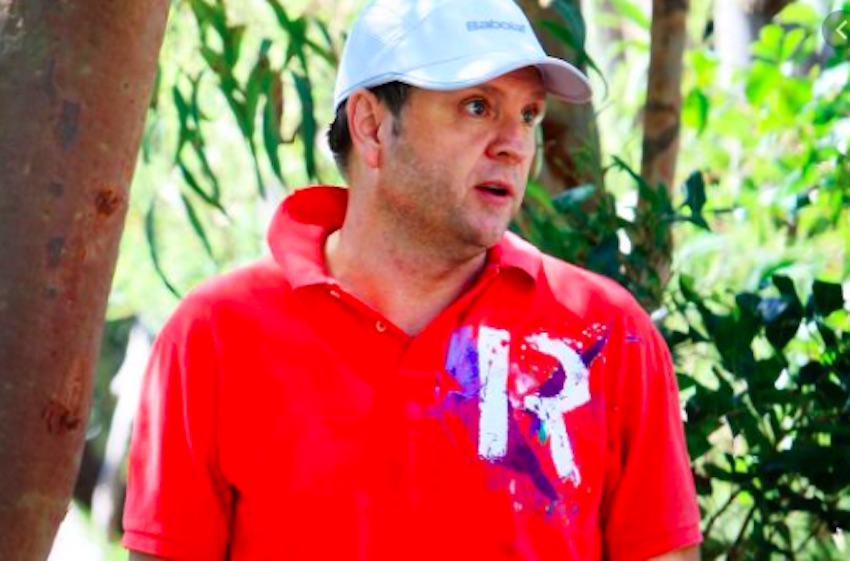 However, his card counting skills were noticed and it wasn’t long before he found himself barred from casinos all over Australia.

One story about his gambling exploits tells of how he once won a $7.5 million keno jackpot but actually bet more than the jackpot amount in order to win. Incredibly, he still made money thanks to the smaller prizes that he won along the way to the jackpot.

Although he started out at the tables, Ranogajec is actually better known now for his love of horse racing and sports betting in general. And while his official net worth is $465 million, it’s believed that he has won well over a billion dollars through betting. Some crazy reports (which we can’t verify) also suggest that he bets as much as a billion a year! It’s not all that incredible given his history of betting large amounts for small gains.

British entrepreneur Andrew Black is the cofounder of Betfair so it’s hardly surprising that his love of gambling sees him make our list. 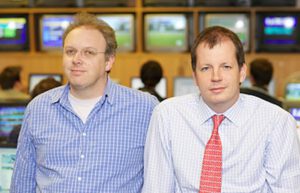 A racehorse owner and a professional bridge player, Black started his gambling career back when he was studying at Exeter University. He was allegedly asked to leave during his second year as he spent more time at the local bookies than in lecture halls.

He managed to get a job in the finance industry but was making so much at gambling on the side that he decided to focus on that alone. He later decided to start a software company and during his spare time began work on creating a betting exchange. His friend Edward Wray came on board and Betfair was born.

Black soon became a multi-millionaire thanks to the success of Betfair, but he continued to spend a great deal of time betting on horses and playing bridge. Although he’s not well known for outrageous betting activities like Zeljko Ranogajec is, there’s no doubt that Black’s success is down to his love for gambling and risk taking.

The next gambler on our list has the rather self-explanatory nickname ‘the father of card-counting.’ He is none other than mathematics professor and all-round genius Edward Thorp. 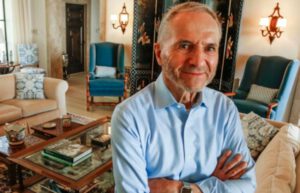 Incredibly, Thorp is credited with first coming up with the strategy for counting cards to win at blackjack. He also has a master’s degree in physics and a doctorate in mathematics and he even invented the first wearable computer.

So considering he’s the man who pretty much invented card counting at the blackjack table, he is nothing short of a very accomplished gambler. His favourite games are blackjack (of course) and baccarat.

In the early 60s, together with his friend Manny Kimmel (a gambling pro and former bookie), he hit the tables of Nevada. In their first weekend they were $11,000 ahead. They continued with their winning strategy using disguises so the casinos couldn’t bar them.

He then wrote a book called “Beat the Dealer: A Winning Strategy for the Game of Twenty-One” which explains his process and techniques.

His personal fortune not only includes his gambling winnings but also money made in the stock market and hedge funds.

If you know poker, then you know Tony Bloom. Famous for sports betting and his love of poker, Bloom’s success in gambling enabled him to buy not one but two football clubs. Not many people can say that! 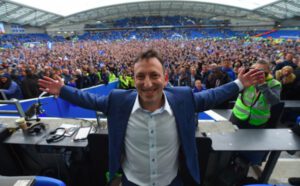 Born in Brighton, Bloom started gambling on fruit machines when very young. The story goes that he used fake IDs at the age of 15 to place bets at the local bookies. His love for gambling later led him into the world of finance where he became an accountant and then a trader.

It didn’t take Bloom long to realise that poker and betting were his true calling and he quickly made a name for himself at the tables. Known as ‘The Lizard’, Bloom has been seen at many high-profile poker tournaments and has won a few in the process. The most notable was the £5,000 No Limit Hold’em VC Poker Cup Final in London when he won £200,000 ($350K).

Bloom then got involved in online gambling developing several websites and businesses which helped him amass his fortune. He also set up a betting consultancy called Starlizard that is made up of the best brains in the business who use specific techniques to create uber-precise odds for sporting events. The business then sells this information to gamblers giving them an edge.

Rumours suggest that Bloom actually started the business to help him improve his own success at sports betting. Great move if you can afford it.

As mentioned earlier, Bloom’s success at gambling saw him buy two football clubs. His hometown club of Brighton and Hove Albion FC who play in the Premier League and Royale Union Saint-Gilloise who play in the Belgian second tier.

His current net worth isn’t quite clear as he spends so much money on betting each year that it no doubt fluctuates a great deal, but the closest estimates put it close to $2 billion. And all of that from gambling!

If you believe the reports, this man makes a simply astounding $100 million each and every year just from gambling alone. 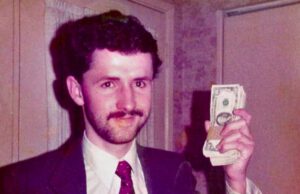 Bill Benter who wrote an algorithm to win at the tracks

Another mathematics genius (no surprise there), Benter studied physics at university but instead of taking on a regular job, he decided to take up card counting at the blackjack tables. In fact, his move into the world of gambling was partly inspired by Edward Thorp’s book.

He spent a solid seven years getting banned from practically every casino in Vegas but had earned enough money to fund a move to Hong Kong where he began to get involved in horse racing.

It was in Hong Kong that, along with his friend Alan Woods, he created a computer algorithm for predicting the outcome of horse races. He has supposedly made over a billion dollars from the program and regularly makes $5 to $10 million on any given raceday.

Now, that’s the very definition of a high roller.

Inspiring stuff that sort of makes you want to hit the race track or head down to the local casino, right? Now, if only we could get our hands on Benter’s software.

Want to join the high life? Try taking a spin on Mega Moolah by Microgaming for your shot at the big money!