Back in February we reported on the prospect of legal single event sports betting in Canada. The good news is, we are nearly there, with the passing of Private Members Bill C-218, the Safe and Regulated Sports Betting Act, passed by the House of Commons and the Senate on Tuesday 22nd June.

Firstly, the bill requires Royal Assent, which will mean it becomes part of Canadian Law.

Then, the Prime Minister and his cabinet will choose a date on which betting will officially be allowed. And finally, it will be down to each individual province just how and when they open up single event sports betting to their residents.

That last part is key, because how you can wager and with whom will depend on the province in which you are gambling from. Some may choose to open up the market to private sportsbooks, many from outside the country, whilst others may only allow betting online at the Provincial government-run sites that have been offering casino and fixed odds betting for years.

THE NEW OUTLOOK FOR SPORTS BETTING

Until now, and the passing of Bill C-218, gamblers in Canada have only officially been allowed to place Parlay bets, otherwise known as accumulators, in which the gambler must predict the outcome of two or more events with progressive odds. Under the new laws it will be possible to bet on the winners, scores and countless other events on thousands of betting markets from within Canada and globally.

This has been a long time coming, with discussions around the regulation of sports betting taking place for over a decade. And the news has been welcomed by those in the Canadian Gaming Association, including CEO Paul Burns, who said, “There a sense of finally, we can now get on with what we’ve wanted to do for so long.”

Bill C-218 was introduced in February 2020 by Saskatchewan MP, Kevin Waugh, and passed with relative speed and ease through the Commons and Senate. With the sports betting market opening up successfully in the States there has been no time to waste this time round for the Canadian government and with funds much needed to tackle the aftermath of the pandemic, the time is absolutely right for the opening up of the Canadian gambling market.

In fact, the United States makes an interesting comparison for what is happening in Canada, as in the States whilst one federal law was passed back in 2018, the way it has been applied has been different from one state to another.

We expect something similar to happen here, with some provinces maintaining the monopoly on online gambling held by the government, and others inviting experienced and cash-rich private betting firms in to offer their own products to the market.

Taking Ontario as an example, it is expected that here the government will allow private companies to operate alongside the OLG lottery, casino (and now) sports betting site.

Indeed, Attorney General, Doug Downey has said that Ontario is already planning to embrace a fully regulated gambling market that includes private-sector firms offering the full range of products including both sportsbook and casino.

All this will come under the management of a subsidiary of the Alcohol and Gaming Commission of Ontario (AGCO).

A spokesperson for the AGCO said:

“As the regulator for all areas of gaming in Ontario, the Alcohol and Gaming Commission (AGCO) will have an important role to play in the regulation of single-event sports betting as offerings become available in the province, whether through traditional channels, such as casinos, lottery products, OLG (Ontario Lottery and Gaming Corp.) channels, or within the new competitive internet gaming (igaming) market, which is expected to launch by the end of 2021.”

Meanwhile, we can expect a similar set up in British Columbia, with single event sports betting expected to be available on its PlayNow.com website in the very near future.

In conclusion, it looks like the move to overall regulation in Canada is moving at a fast pace, and we can expect some big changes in the next year for sports betting, and more for casino in the coming 2 to 3 years. Ultimately, this can only be good news for Canadian gamblers who will have more choice for safe and fair betting.

In the meantime, remember to check out our list of trusted online casinos already available in Canada. 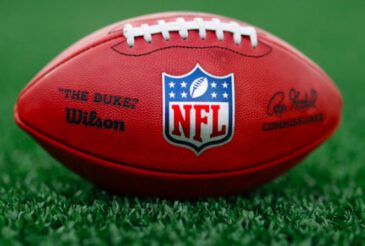